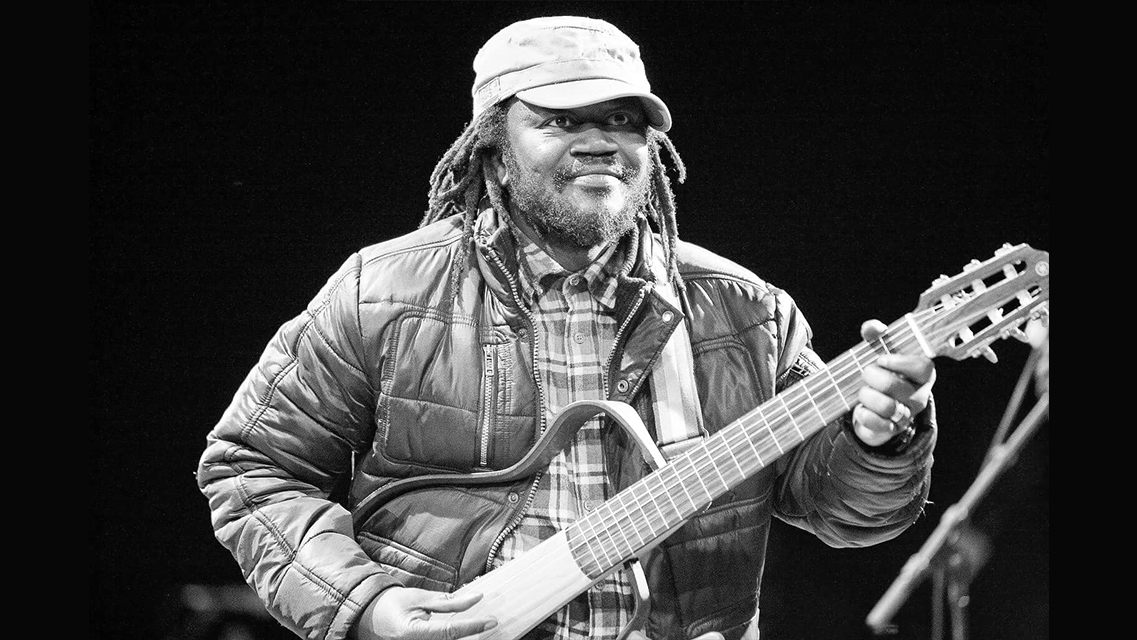 Oumar Koita is a musician from Segou, Mali. He also studied fine arts at the Institut Nationale des Arts (INA) in Bamako and has made several exhibitions since then. At the age of 16 he taught himself to play malinese folk guitar. During his time as an arts student, he played bass guitar in INA's Orchestra. In 1983 Oumar (acoustic guitar) played as a duo with Habib Koite. In 1986 Oumar went to Europe for some art exhibitions.

In 1989 he went for 2 years to Jamaica. During this time he played with a lot of local musicians. After returning to Europe, he started his solo career as a musician, composer and also producer. His first recording "Be yourself" was released as a MC (1992). In 1995 " Bambe ka so" was released on CD by Hammer Records/Industrial Music (Germany). His third recording "Mali" (2004) was released by MBD and Camera Production Paris/Bamako. ©Harandane