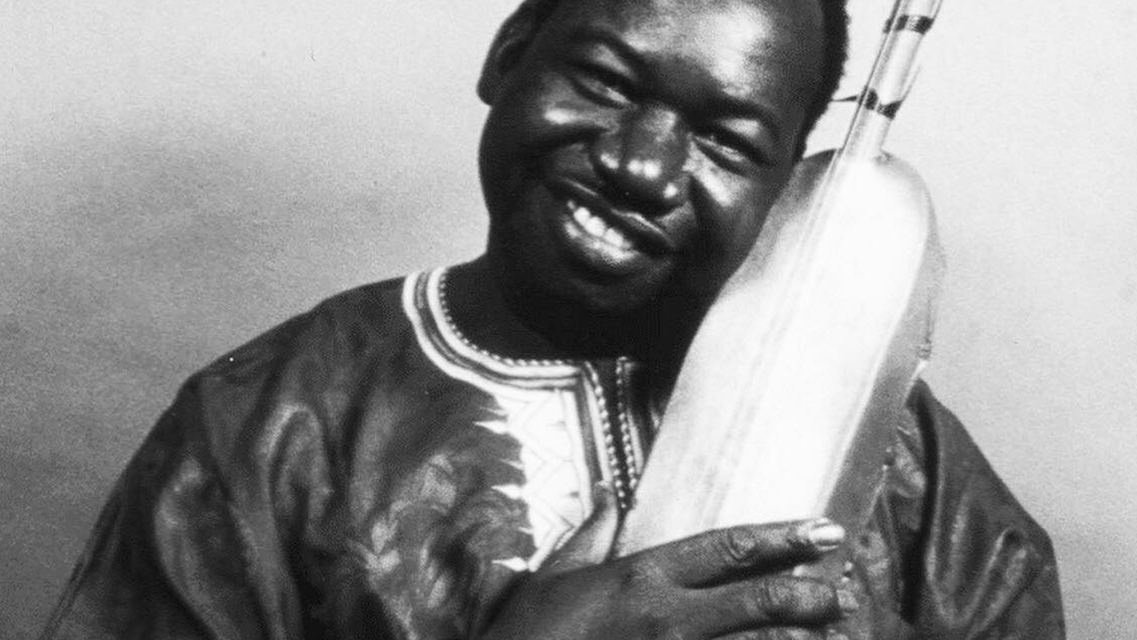 Tribute to Moriba Koïta, artist-musician-storyteller, and famous Malian griot. Descended from a large family of Malian griots from the village of Kenenkoun, in the Koulikoro region (55 km from Bamako), Moriba Koïta has been practicing music since the age of four. He quickly abandoned the tamani (small armpit percussion) to devote himself to the n’goni, as tradition requires among the Koïta, past masters in the art of playing this small four-string guitar.

Trained by his father, he was selected by the Ministry of Arts and Culture to join the Ensemble Instrumental du Mali for 12 years. His mastery of n'goni Ba (bass n'goni) as of n'goni Micin (high n'goni) earned him, thereafter, to be requested by all the great stars of Mali: Salif Keïta, the two Fanta Damba, Kassy Mady Diabaté, Oumou Kouyaté, Amy Koïta, Tata Bambo Kouyaté, Awa Dramé, Kandia Kouyaté.

He also performed solo, as on the occasion of traditional ceremonies or vigils with friends, when the instrumentalist gives free rein to his virtuosity in the interpretation of musical themes evoking in turn the joys and sorrows of life. daily, the great deeds of Bambara history, or the omnipotence of God.

The n'goni is a kind of small guitar with a naviform body, three strings among the Peulhs and the Moors. In the Bambara country (now Mali) where he entered, a fourth rope was added to him. A cowhide is stretched over the wooden sound box using nails, also made of wood. The nylon cords (formerly horsehair) are stretched over the round notched wooden handle by sliding leather rings. The n'goni is, par excellence, the true instrument of the griots; it is through his music that we discover the great Mandingo epics. It is used to illustrate stories of bravery, and it accompanies the historian or chronicler. He was the faithful companion of the men admitted to sing the praises of the king.