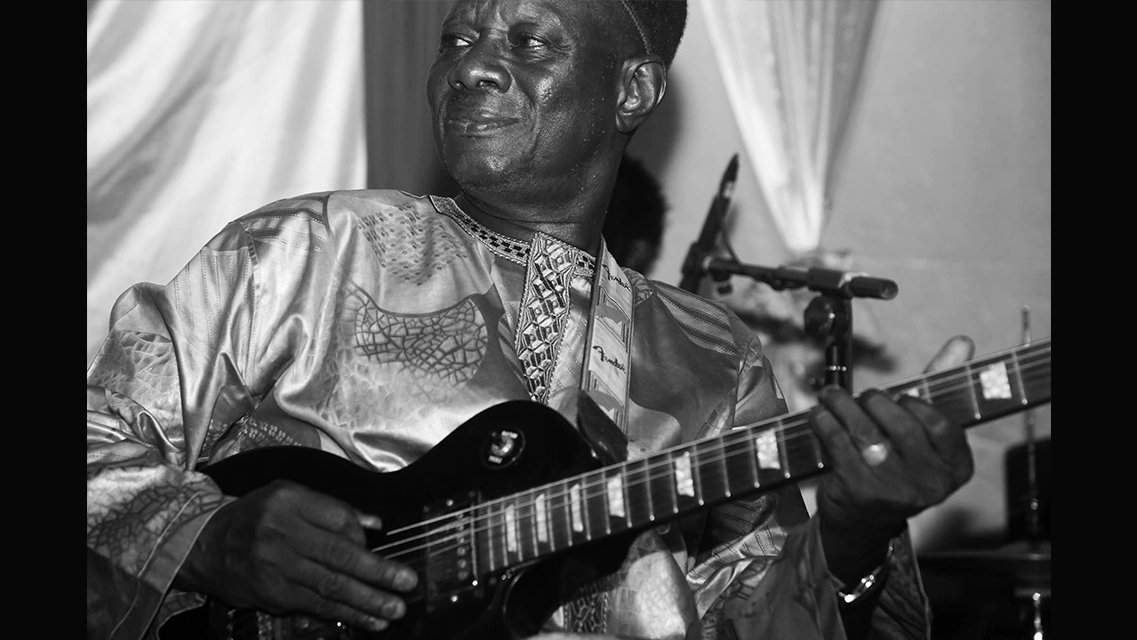 Veteran from Malian great band in the 1970- 80's, the « Super Biton of Segou », favourite partner of Kasse Mady Diabate, Mama Sissoko is such a great guitarist and singer.

dot On my own part, I like his lyricism, his masterful guitar work and and his deep and dark vocals for his music, enhanced by his great experience, give us a really expressive and modern message .

dot « Despite its intensely percussive nature, this second solo release by Malian guitarist and Super Biton de Segou veteran Mama Sissoko is a guitar and vocal recording. And despite the use of electric guitars, lots of electric guitars, an earthy atmosphere is retained throughout. Production surmounts the challenge of so much happening at once, separating and layering without compromising the interwoven unity of the sound. And, though they might suffer from comparison to Baaba Maal's for example, Sissoko's vocals, deep, dark, and resonant, are compelling in their own fashion.

Soleil de Minuit starts with « Jarabi Muso », a quick shuffle enlivened by the busy percussive backing of multiple guitars; short, repeated staccato phrases offer a caffeinated musical substrate for Sissoko's deep, strong vocal. His guitar solos and ornamentations ring in that plunky sound emanating from the center pickup of an electric guitar and seem regally restrained in their refusal to sacrifice melodic coherence for flash. A more traditional Malian rhythm, featuring a dense thicket of guitar and bass figures over a swinging beat, emerges in « Boma Ma. » The vocal refrain is comparatively simple, but the harmonies between Sissoko and Toussainte Siané enchant and anchor the more improvisational verses.